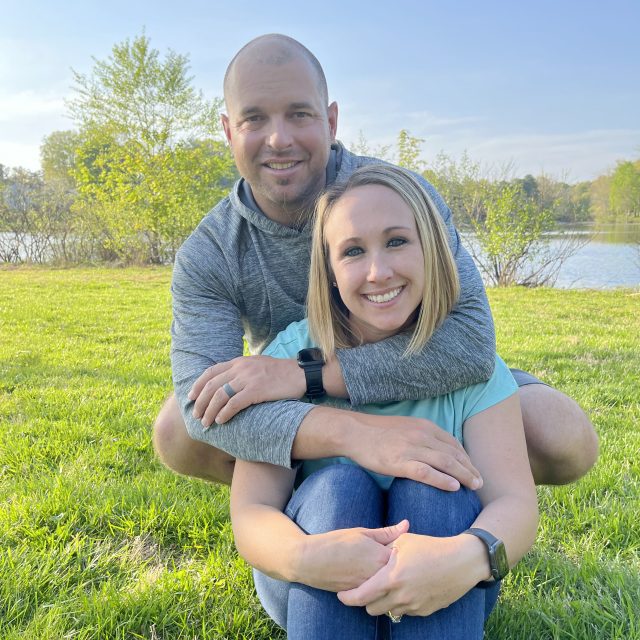 We are Kyle, Bri & Owen from Visalia, California. Thank you so much for taking the time to learn a little about us. Your selflessness and courage to choose the path of adoption speaks volumes for the love you have for your baby and for that, we are forever grateful.

When they say opposites attract… our relationship is living proof. Although we are opposite in a lot of ways we also have a lot of similarities. We love our family and friends, we enjoy staying busy, we value hard work, honesty and kindness, we are athletic, and we both cannot wait to adopt. 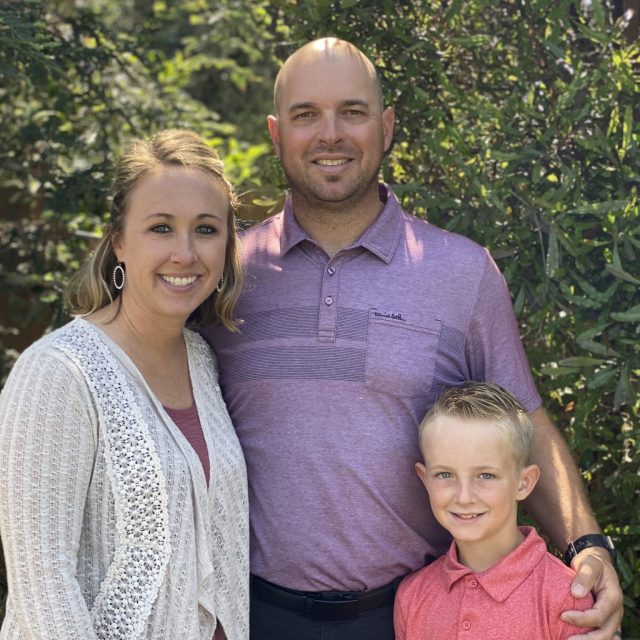 Us as A Couple

We met back in 2004 in English class at the local junior college and were quickly inseparable. Side by side we finished junior college, went to our respective universities, graduated with Bachelors degrees, continued onto school for our specialties, and both started our careers. We got married in 2011 and 2 years later we welcomed our son Owen. Owen is 9 years old and has been anxiously awaiting being a big brother. Over the past few years, we have struggled with infertility and in the midst of treatment we felt God calling us in a different direction. So, we have set forth on our journey to adopt and could not be more excited. We hope you enjoy seeing a glimpse into our lives.

The Fun Side of Life

Our family is very active and enjoys being on the go

Faith and religion have been extremely important to us throughout our relationship and building our family. Life has many ups and downs. The only way we have found to get through it thus far is with God by our side.

About Bri, by Kyle

If you could put a picture next to the word selflessness in the dictionary, it would without a doubt be a picture of Bri. No matter what the situation is, you will always find Bri helping someone. Whether it’s simply picking up a dropped item off the ground, or helping a kid she’s never met before down the starting ramp at the BMX track for his first time (yes she really did this), she will always help someone in need. This is a testament to her heart and the person she truly is. It is this kind of spirit that makes her an amazing wife, sister, aunt, daughter, nurse, and mother.

It has always been our dream to have multiple children and for Bri to be a stay-at-home mom, and now we are anxiously awaiting that dream to come true. 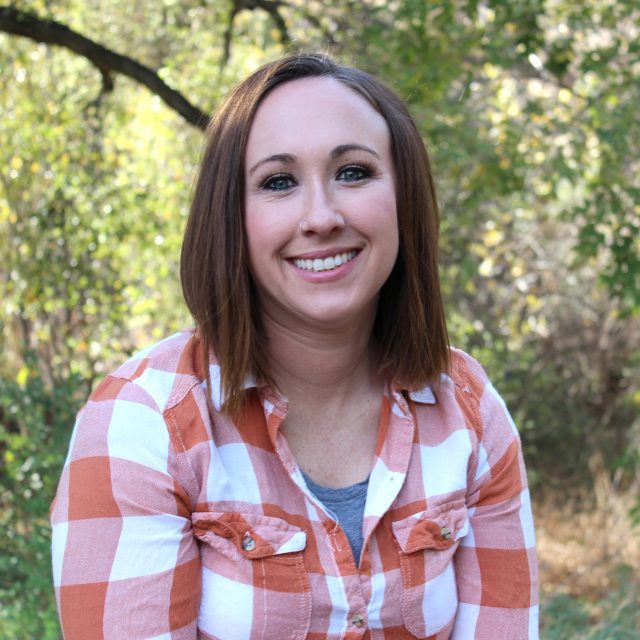 Bri found her true calling when she became a nurse. She spent the last 10 years working in the ICU but has recently transitioned to working part time as a nurse case manager from home. She is still able to do what she loves, helping patients, but is able to do it from the comfort of her own home with the flexibility of part time.

About Kyle, by Bri

Kyle is a dedicated and loving dad and husband. He is a man of few words... at first. Once you get to know Kyle he opens up and is very witty. His one liners keep everyone laughing. He is low key, mild mannered, very organized, and an extremely hard worker. Kyle is incredible with kids and recently started coaching Owens baseball team consisting of twelve 8 & 9 year old boys all at different levels. Watching his patience with the children, his ability to make it fun for the kids, and seeing each and every one improve throughout the season was an incredible sight.

When it comes to our nieces and nephews Kyle is certainly a fan favorite… the rest of us are still trying to figure out how to take his place! 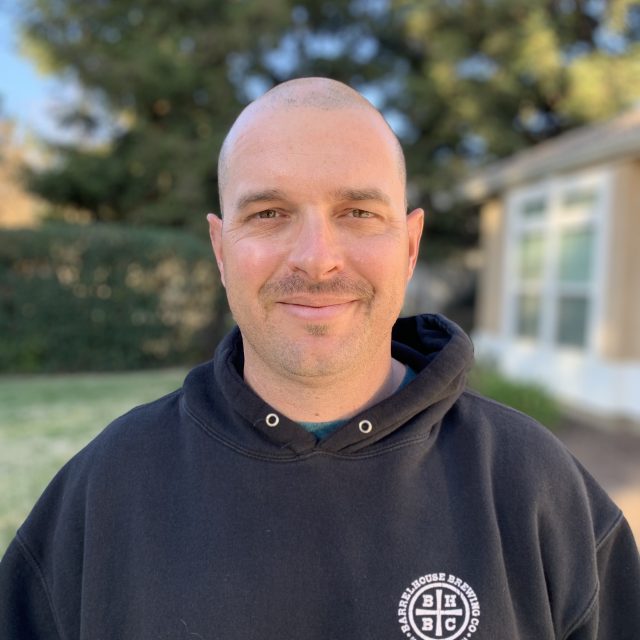 Kyle followed in his father’s footsteps when he became a fire fighter. Now a Battalion Chief for the county fire department Kyle oversees 8 local stations; managing and overseeing emergency calls. When summer comes, Kyle is ready to hit the road as part of a strike team fighting wildfires up and down the state. Kyle loves his job and the people he works with and has never once complained about going to work.

Owen is 9 going on 16. He is sweet, kind, mature, smart, and funny. He stays active playing soccer, basketball, football, baseball, golf and riding his bike. He loves playing with his friends and cousins, and ALWAYS wants to be outside.

He is extremely good with young children and his little cousins adore him. Emma, his 7 year old cousin refers to Owen as her “best friend”. Owen is also remarkably close with his cousin Charlie. Charlie is a year older than Owen, and in his same class. Charlie has autism and Owen helps him any chance he can. He looks out for him, protects him, understands him, loves him, and does not see anything different about Charlie. Although Owen loves time with his cousins he’s anxiously awaiting meeting his very own future brother or sister.

According to Owen, Who...
Is funnier? Mom
Is best at sports? Dad
Sings better? Neither 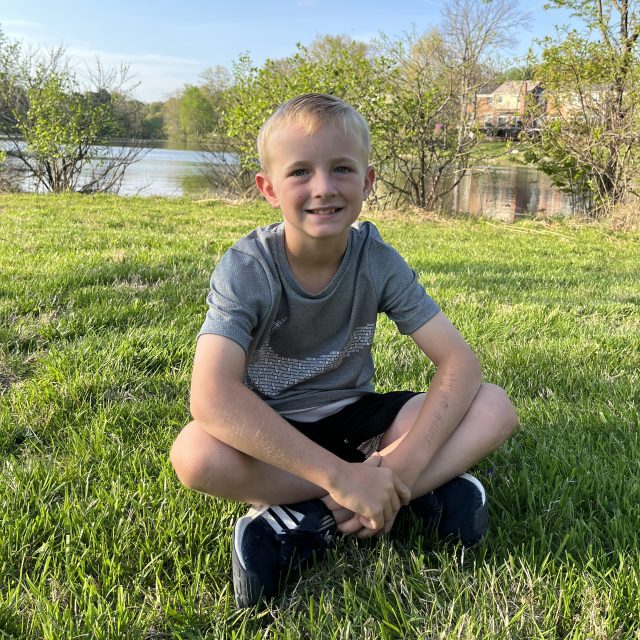 We have 2 spoiled pups. Franklin is our 5 year old teacup poodle and Brock is our 3 year old miniature golden doodle. Franklin who is just a little guy at 7 pounds is known for jumping up and down like a pogo stick 3 feet in the air when the Netflix logo or any animal appears on the TV. Although we are used to it, everyone who comes to our house ends up in hysterics and pulls out their phone to record it. Brock is our bigger doodle who loves to play fetch and swim… all day long!

Our Home and Village

We live in Visalia which is a growing city in Central California. Visalia is known for farming, and let me tell you, our local fruit stands, open all summer, provide the best fruits and vegetables. We are located 2 hours from the beautiful central coast, and an hour from the amazing Sequoia National Park.

We live in a very safe neighborhood full of custom-built homes. We love biking through the neighborhood to the local park, where we can always find lots of neighborhood kids playing. We are extremely fortunate to be located right next to a brand new elementary school with small class sizes and amazing teachers and administration.

We are so blessed to have both our parents living in town and close by. Kyle’s parents live a mile down the road, and we see them regularly. His parents are so loving, supportive, and always willing to help us any chance they can. Bri has two sisters and a brother who we are incredibly close with. Her parents and oldest sister live in town and we spend a lot of time together. A peek at our lives any given day may include: riding to school together, hanging out after school, having movie nights, decorating cookies, playing outside, and weekly family dinners. Bri’s mom is retired and spends time with her grandchildren every day and offers more support than we could ever ask for. Her dad still works full time but is always willing to drop everything to assist us. We are so grateful for the support and encouragement both our families give us. Currently our family has 10 grandchildren: 5 boys and 5 girls. We are all anxiously awaiting getting to meet our much-loved tie breaker.

As parents, we have always desired a large family with kids running around, a noisy house, and staying busy with sports, friends, family, and school. We cannot wait for that dream to come true and add another child to our family. We have so much love to give and cannot wait to share our love of sports, family, and camping with our future child. 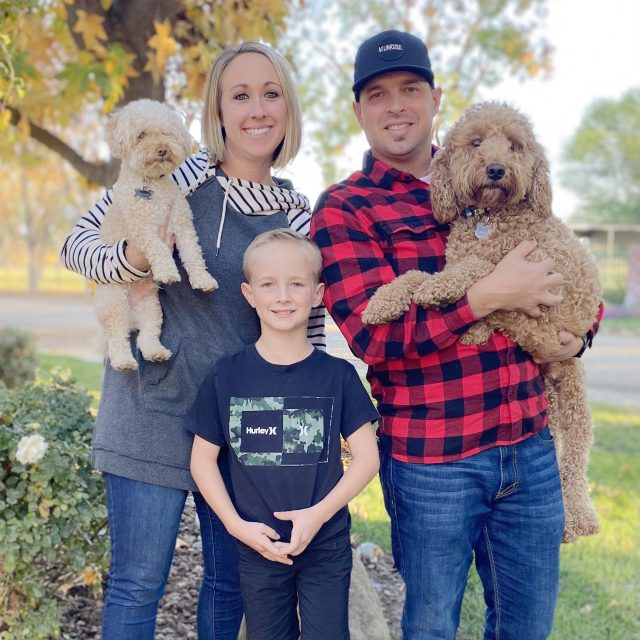 There are no words to express how grateful we are that you took the time to get to know us a little better. We are incredibly blessed to be on this journey to adopt and we thank you from the bottom of our hearts for considering us. We have dreamt about this day for as long as we can remember, and we hope to hear from you soon.