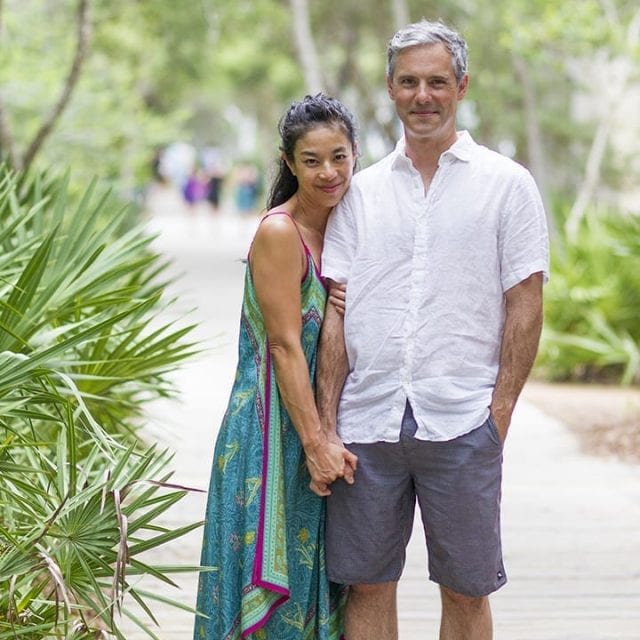 Hello, we are Michelle, Ryan, Asa and Finnegan from Atlanta, Georgia! We hope that our life and story will resonate with you. We have a passion for traveling, boating, full moons and creativity. We are so inspired by your strength and compassion to find the right family for your baby. In that same spirit, it would be our privilege and honor to pass the ways you have
inspired us to your baby.

Thank you for taking the time to view our profile and get an idea of who we are! We value authenticity, and in making our profile we’ve taken the time to be as genuine and transparent with you as possible. 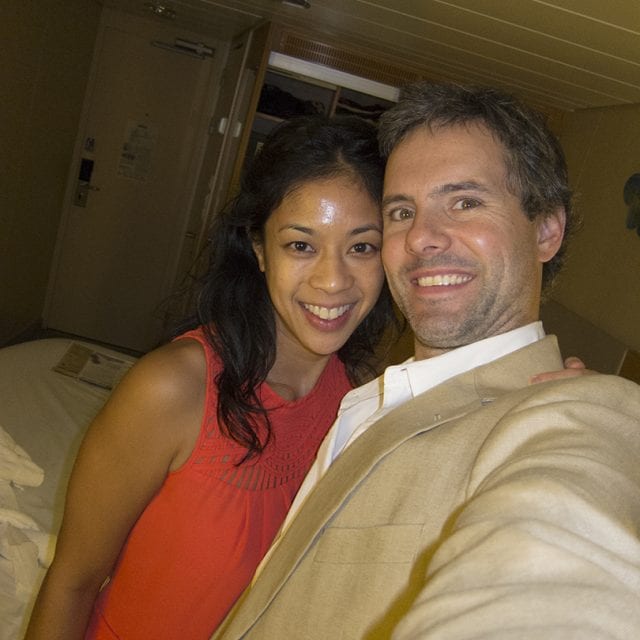 We have lived in a world of infertility for nine years. Ryan was not born with the ducts to let sperm out of the body, so the only way we can conceive is through IVF. Through 7 tough rounds of IVF we were able to have 2 boys. More than anything we always wanted a big family but our last and 8th attempt at IVF failed. Through many twists and turns, we’ve always followed our hearts in this journey to parenthood, and we very much hope to complete our family and continue that journey alongside you and your baby.

Fun Facts About Us

On a patio hanging out with mutual friends, a seat next to Michelle opened up and Ryan took his opportunity! Our conversations became endless that afternoon. We couldn’t stop talking! A few years later Ryan proposed on a glacier (that happened to be next to the ocean) in the beautiful country of New Zealand. We got married in a quaint chapel with no air conditioning in Cabo San Lucas and honeymooned in Kauai, Hawaii. We very much love to travel. Seeing other world cultures and going on any adventure (big or small) is at our core. It is so important to us to continue the love of travel and take many
adventures as a family.

I was born in Southern California. My parents moved here from the Philippines to start a better life for their children. They came with $500 and one suitcase, and it is this passion and determination that has been at my core since I was a child. I created a successful photography business with a stylized foundation in fine art. Since the birth of our first child, I became a stay-at-home mom. This was an important time in my life and raising kids and sharing the day to day moments by their side was something I wanted to do full-time. There is nothing better than watching their eyes light up in wonderment and fascination. It’s so beautiful! 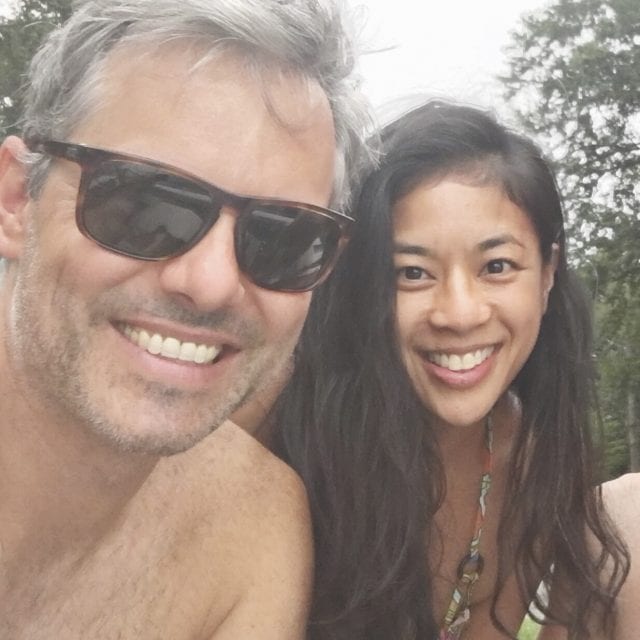 About Michelle, By Ryan

Michelle is very visual. In fact, she made this entire profile! It makes perfect sense she’s a photographer and an artist. She can see the beauty in this world that’s right there in front of us, but far too often is missed by most of us. Her greatest gift is her ability to share this with us, allowing us to see what she can see so naturally. Watching her share this with our children is inspirational. I can make them laugh; she can make them light up. Michelle is a model of strength, a kind and thoughtful friend, and a deeply loving wife, daughter and mother.

Family is so important to me today. My mom always says she doesn’t care where we are or what we’re doing, as long as the family is there. And now that I’m a dad, I truly understand and feel the same way. I have a degree in engineering from one of the best schools in the country, but I walked away from that career to follow my passion in real estate. Today I run my own company, and I’m blessed to enjoy and find true passion in what I do for a living. I love to learn, boat, golf, play guitar, ukulele and piano, listen to music, talk about the earth and space, tease Michelle and make the kids laugh. 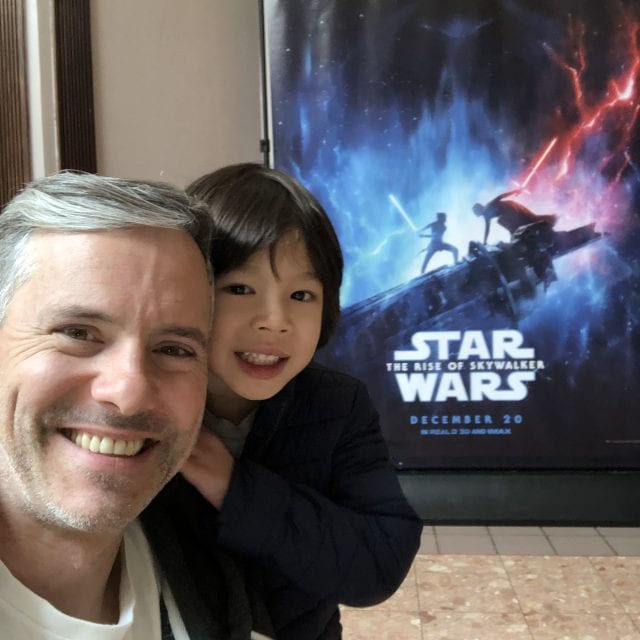 About Ryan, By Michelle

Ryan has a smile that’s so carefree, which after I got to know him more, went right in line with the free spirit nature he embodies. Ryan’s heart is warm and generous, and he will do anything for his family and friends. He is so playful and animated with kids, while at the same time teaching them invaluable lessons about life. He’s always dreamt of a “daddy’s girl” and every time he talks about her, he has a twinkle in his eye that just chokes me up. I know she will be spoiled and protected and treated nothing short of a princess (by all of us really!)! He values time with his children and comes home early from work everyday to play with the kids and have dinners together as a family.

Ryan: Collecting and Listening to Music

Asa and Finnegan (6 & 3 as of March 2021) are two boys who love to smile and make you laugh. They love running and biking in the house, playing outside, digging in the dirt, being on the boat and swimming in the water, and just getting in the car and going on any adventure.

Asa is very thoughtful and smart. He has an ability to think through more complicated concepts and draw a distinction between several ones. He is very well-mannered, athletic, a jokester and a silly little kid. Asa loves to make up his own songs and make his own versions of detailed space ships with legos. He has talked (and sang) about a baby sister for years now. He even wrote her a letter!

Finnegan is a little stinker. In a good way! He has a ‘look’ that will get away with anything. He is very head strong and decisive. He loves to laugh (and make you laugh) and is such a ticklish child. He loves all trucks, cars, and animals. He is a huge cuddle bug and his imagination is growing wild everyday. 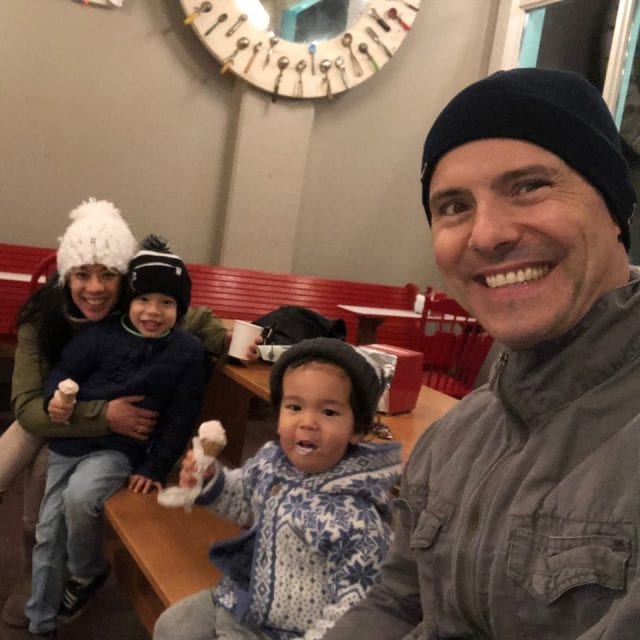 At Home as a Family

We cherish our family time, big time! We value making fun memories for the kids. We have pancake Sundays listening to reggae, walk to the local village to eat dinner, shop at the local Saturday farmer’s market, ride bikes to an artist market, hike up the mountain to watch the sunset and the full moon rise, have family movie nights on the couch turned lounge-bed in our living room. No matter the adventure, we’re always happy being together as a family. Every summer, you can find us in water either lake-ing it up on our boat or floating at the pool, and in the winter, we love to go snowboarding, sit by the fire, and play in the snow!

Our Family and Friends

If our children are the center of our star system, our family and friends are the inner planets orbiting tightly around us all. We are close with our immediate families and visit with them often. We like to spend time together by the pool, riding in golf carts, and eating lots of good food. We also have an exceptional core group of friends we consider family. Some with kids, some without, and all of them with hearts made of gold. We hang out together, travel together, and we always have each other’s back. Our family and friends would be at our doorstep in any given moment. These are the people who help guide our lives, and we love watching them play, be silly, and make fun memories in the lives of our children.

We live in the city of trees, and our home is nestled in the midst of Atlanta’s unique neighborhood villages. Our house backs up to a preserved forest and we commonly see owls, hawks, woodpeckers, rabbits, and even a wild turkey from time to time! We love our neighborhood because it is within walking distance to dirt trails, creeks and a couple of different villages for food and fun. We’ve volunteered within the community for many years, and we love being able to walk or ride bikes to the elementary school just a block away. Ryan’s office is only a few miles from home, and it is rare to drive more than a few miles for anything. We get all the big city has to offer, while being tucked into a quiet little neighborhood surrounded by nature.

Life is unpredictable and full of unexpected twists and turns, and we can only hope whatever decisions we make along the way feel right in our hearts. We wish the same for you during this difficult decision in your life. 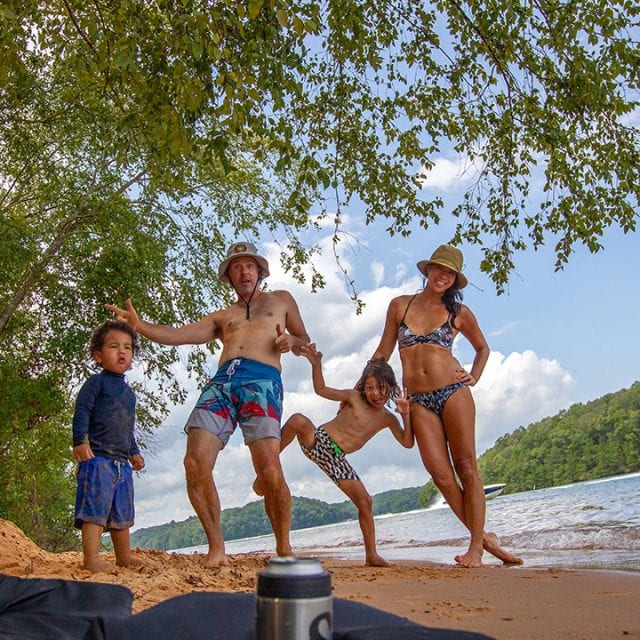 Thank you for reading our profile and for your consideration in giving us the greatest gift in our life. It would be a dream come true and the wait to complete our family would be over. We promise to keep you in her heart, to make her a strong woman, and to inspire her to pursue her dreams. We promise to spoil and love her unconditionally as our child, and her older brothers promise to protect her for the rest of her life. Please feel free to ask us anything! Many thank you’s, and we would love nothing more than to begin this journey with you.