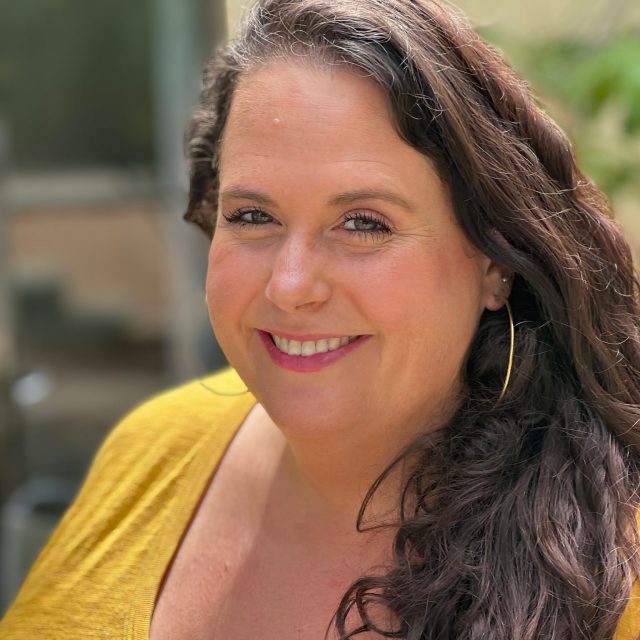 Hi! I’m Sofie from Los Angeles, California. I want to start by thanking you for taking the time to get to know me.

I am overwhelmed with excitement at the opportunity to share why I'm ready for this enormous honor. I am truly in awe of your strength, love, compassion, and selflessness in choosing adoption. You are providing the most precious gift to someone that may not have the ability to experience childbirth...which is the case with me. I have always wanted to adopt. Really. I grew up in a household that supported my curiosity and gave me the opportunity to learn the value of raising and educating children. So, when I wanted to sponsor a child, my parents encouraged me to follow this dream. At the age of 6, I saved up my dollar-a-week allowance to “adopt” a child overseas. I cannot pinpoint where I got the idea from, but if I had to guess, probably a TV commercial. I was moved enough to want to put my piggy bank money towards a child that I could help support. I, along with the silent help of my parents, donated to that child year after year. I imagine I also thought I would be getting a child in the mail. Spoiler! No child arrived in the mail. However, I did receive a note and picture of “my child” instead.

I would say my desire to adopt has only continued to grow as I got older. Years ago, I was informed by several doctors that I would likely never be able to have children on my own, but my inability to conceive didn’t deter me from my dream of one day becoming a mom. As a result, adoption has always been at the forefront of my mind and a deep desire in my heart. Which has brought us to where we are now…

Fun Facts About Me My Hobbies and Interests

I am a Behaviorist. Essentially my day-to-day consists of providing one-on-one assistance to a child with learning and/or developmental delays. My clients often require a behavior plan with goals to support peer social interactions, academic modifications, teaching daily life skills (self-help, getting dressed, hygiene: brushing teeth, bathroom, showering, etc.). My role is to help facilitate teaching opportunities so that my client can advocate for themselves and navigate their surroundings without my support.

I keep in touch with almost all my clients long after my time with them is over. In fact, I’m often invited to their houses for BBQ’s, birthday parties, etc. It is so wonderful to see these children thrive well past the time we have worked together. I have my BA in Child Development and am finishing up my MA in Education, my field for the past 19 years. I started out as a preschool teacher before becoming a behaviorist. I can easily say that I am in the field that I am meant to be in. Seeing that daily growth in a child is the most rewarding feeling in the world. They’re two pups that make life sweeter! Mikey and Otis are my fur munchkins. Mikey is a 16-year-old Chihuahua mix and Otis is a 6-year-old Brussels Griffon.

While Mikey has slowed down a bit over the years, I still love to see him run around (looks more like a light jog now) at the dog park. And because Otis has lots of energy, he is very independent at the park. However, he will come and find his brother every 10 minutes or so, just to check in on him and make sure he is OK.

Otis’ breed sounds like such a fancy dog. Don’t let it fool you; he is incredibly sweet looking, though not at all fancy. In fact, when the shelter found him, he was living on the streets. I adopted him at 4 months old, and the longer he lived in a home, the more it looked like he didn’t have one. His hair grew in every which way. He has the tiniest head and the longest legs. Love that funny-looking guy!

I adopted Mikey when he was 9 months old. Whenever I tell people how old he is, they are stunned. He can certainly show his age at times, however, he still has adorable puppy energy that comes out often. I decided to dye his tail magenta about 10 years ago. It has since stuck. It makes people smile and he is in no way negatively impacted. Life is simply too short to miss out on those opportunities to bring a smile to someone’s face. Plus, it gets him additional love on his walks. It is a win-win all around.

Things That Make Me Happy My Friends are Family

I have such a warm, supportive, smart, funny, and diverse group of friends. I have been friends with many of them for over 25 years. In fact, I consider my incredible group of teacher friends that I have known for a decade or so, to be the “newbies”. It is a wonderful feeling to know that if I met my friends today, I would still be very lucky to have them in my life. In other words, we don’t just remain friends because we have so much history together but because I so genuinely adore them. It is also such a delight to see us start out as babies together, to now seeing them with their own babies. We are all aunties to these infants, toddlers, and even tweens. The support we have for one another is really special. Whether we are having a potluck brunch, game night, trying to find our way out of an escape room, or just hanging out at home with their children, I know I can have the time of my life with them doing anything…or nothing.

My Home and Community

I own and live in a condo in a wonderful Los Angeles neighborhood with my two dogs. I often find myself daydreaming about all the fun adventures that my child and I will be able to have together.

It is a great area full of diverse people and activities. You can find hiking trails, playgrounds, dog parks, adorable cafes, shops, and museums all within walking distance from my home. Plus, my complex has two swimming pools, which is such a bonus when it is 100+ degrees outside!

While it took me over a decade (almost two) to fully embrace Los Angeles, I can now say with certainty that I am incredibly happy here. I mean, there aren’t many places where you can drive to the beach and dip your toes in the ocean, then drive to see snow and sip hot cocoa all in the same day.

I can be 100% open and honest with them and be certain that I won’t face any judgment. My parents live 20 minutes from me, (without any traffic) in Santa Monica. I see them at least once a week.

Every Sunday, you’ll find me at my parents’ house with my sister for “linner” (lunch/dinner). They always create these elaborate and delicious meals for us. Sometimes my dad will even “test drive” a dish by making it for my mom the week before. It’s pretty cute how excited he gets for our linner dates.

My parents have been happily married for 45 years and are still completely in love. They have shown me what love is and as a result, I actually see that true love exists. I am convinced it is the reason I am not yet with a partner. I am unwilling to settle for anything less than what I know is possible. My parents are over the moon about the possibility of becoming grandparents! It brings me to tears knowing the amount of unconditional support and love this child is going to be showered with. One More Thank You

Thank you for taking the time to get to know me. It’s always difficult for me to talk or write about myself and I appreciate that you decided to stick around until the very end.

I feel incredibly honored that you are considering me to adopt your baby. While you, me, and the baby are taking a giant step into an unknown future, I can assure you with great certainty that I will work every day to be the best role model for this baby and I will love this child unconditionally.

Here is the sentiment on motherhood that I’ve embraced since I first read it as a child:
“I’ll love you forever, I’ll like you for always, as long as I’m living, my baby you’ll be.”
(Love You Forever by Robert Munsch)