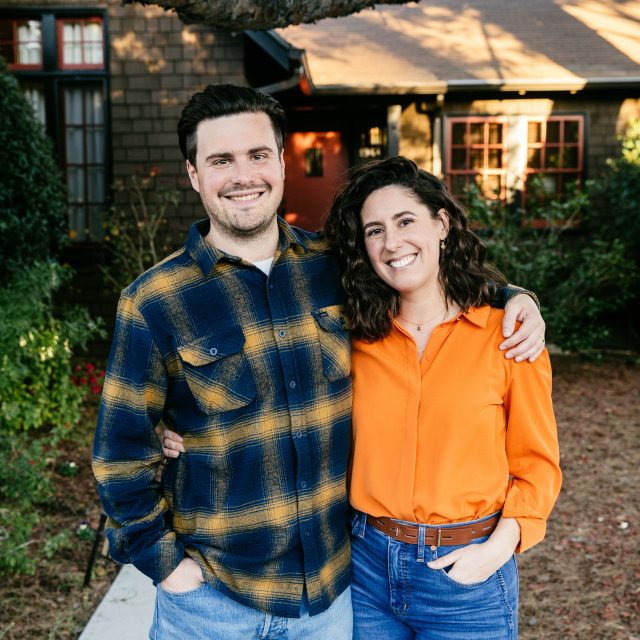 Hello! We are Veronica and David from Los Angeles, California. We deeply admire your courage and no matter what your eventual choice is, we believe you are doing the right thing. We can’t imagine how difficult it is to create an adoption plan for your child. In our home you would be known as selfless, strong, and brave. We genuinely look forward to getting to know you and hope that by learning about us it will help relieve some weight from your shoulders.

It has long been our desire to become parents and adoption has always been on the table for us. Veronica’s grandmother and 2 best friends were adopted so we’ve always known that a biological connection isn’t required to create a family bond. We believe that a family comes in many different forms, and so when our attempts to conceive were unsuccessful the natural progression for us was to pursue adoption.

It’s our dream to grow a family that offers unconditional love and support, in a home filled with music, laughter, creativity, and adventure. We have a larger-than-life family that awaits a future child with open arms. We hope you’ll consider us as adoptive parents as you make this decision for your child’s future. 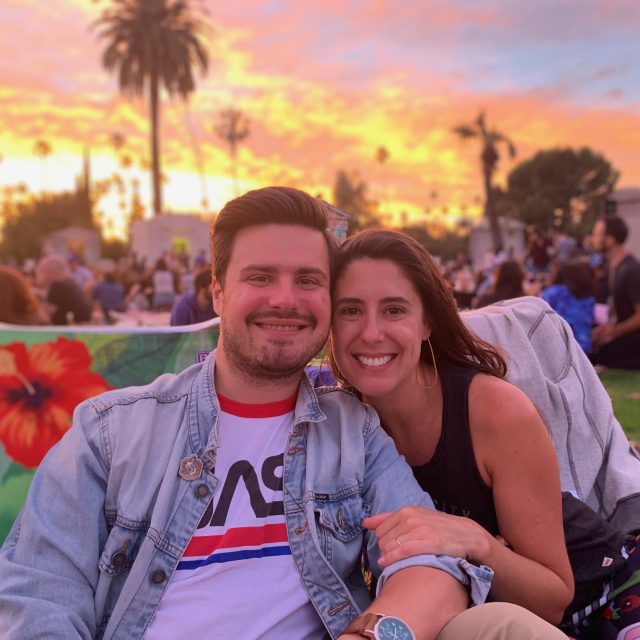 We married in 2018 but we’ve been best friends since 2006. David, who is British, had recently finished college in Scotland while Veronica, who is American, had just moved to London. We quickly became best friends and spent the next 4 years exploring London together and even sharing an apartment.

In 2010 Veronica returned to the US but we remained in touch during the following years, with frequent Skype calls, and even attending weddings together. When Veronica eventually moved to Los Angeles, David seized the opportunity to visit in 2017 for a California road trip.

This road trip led to more than just a fun vacation between best friends; it led us to falling in love. From there, we moved mountains to be together. After 7 months of long distance romance and countless international flights, David proposed on a morning stroll through the Royal Botanical Gardens in London, followed by multiple celebrations with friends and family in the UK and Italy. We married a month later in an intimate ceremony, and David moved to Los Angeles shortly thereafter.

About Veronica, by Veronica

I was raised in Connecticut and spent summers in Italy with mom’s family, who is Italian. I attended college at NYU, then spent 4 years in London, followed by a Master’s Degree at Pace University to pursue a medical career. I graduated as a Physician Assistant in 2015 and moved to Los Angeles where I now work in vascular surgery, a job I find enormously fulfilling. I work 4 days a week, have a brief commute, generous paid leave, and lots of flexibility. Work-life balance is extremely important to me so that I can be present everyday for my family. I enjoy hikes with our pup, new restaurants, traveling, nesting at home, and most of all David’s cooking.

Though family and friends are spread far and wide, relationships with them are a priority! I remain close with my childhood friends; this year will be our 29th year of “Secret Santa”. We also meet my college friends for annual trips with their kids. And in LA we have a tight group that we consider family.

Our future child will have a broad community to uplift them! I can’t wait to bring him or her into our fold. 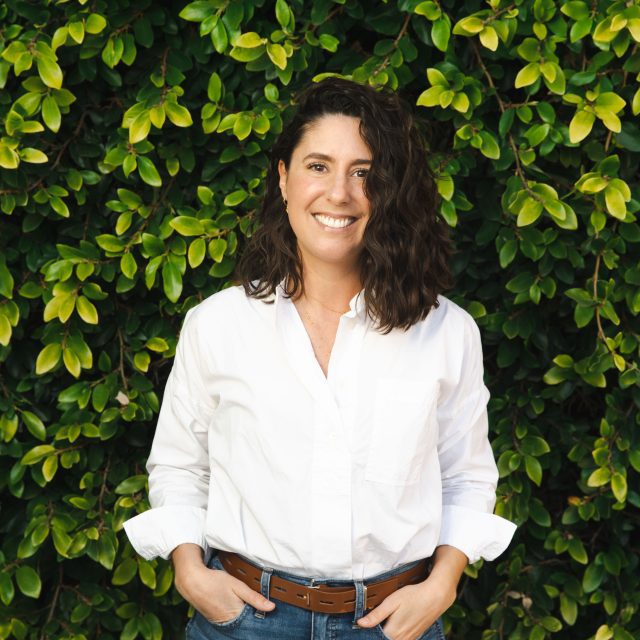 About Veronica, by David

Veronica is my rock amidst any storm and keeps a clear head during stressful times. She is the most caring and level-headed person I’ve ever known and I admire her tremendously. When my dad was very sick and required an ambulance to our home, she helped with the handover to paramedics while keeping me calm. She’s also queen of surprises and always keeps me on my toes with the many adventures she orchestrates. I couldn’t ask for a better partner to raise a child with. She’ll be an incredible mum!

About David, by David

I was raised in North Wales, the United Kingdom, in a town where we know everyone! I went to University of Edinburgh, in Scotland, where I studied Philosophy. I also studied in Italy, where I learned to speak Italian, and where my passion for cooking was sparked. I pursued a career in London with a company that helps people who are sick or are in danger while traveling. I’m still with this company 15 years later, and it has taken me around the world. I now work exclusively from home, which will provide flexibility when a new baby arrives. I’ll be able to offer the most important resource to our future child, time!

I love to cook and play guitar. When I’m a dad I can’t wait to nourish our family with homemade meals everyday. I also look forward to reading children’s stories in my silly voices, which I write myself. 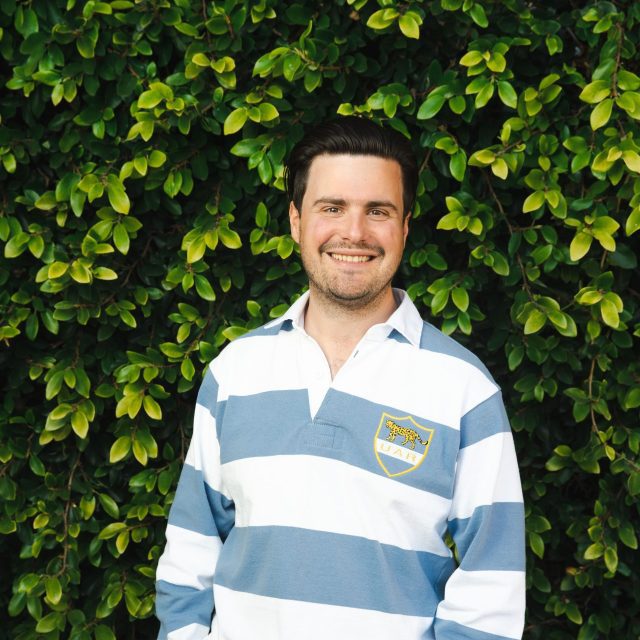 About David, by Veronica

David is creative, thoughtful, and eternally generous. He’s always been the “funny one” and has us in tears of laughter at the dinner table with his impressions. He’s also incredibly nurturing and is happiest when feeding us all something hearty and comforting. He writes the most clever children’s stories and he’s really just a big kid at heart. He’s also a nut for Christmas, promptly starting preparations after Thanksgiving with carols, decorations, and baking smells filling the house. He truly brings the soul into our home. Fatherhood is his destiny. Once we have a child he will pull out all the stops to make everyday special.

We live on a cul-de-sac in Los Angeles, adjoining a semi-gated community full of tree-lined streets and warm neighbors. It’s a family friendly neighborhood that’s always teeming with kids playing in yards and riding bikes. It’s ethnically diverse with a broad range of ages, from toddlers to grandparents.

We are always out on our daily dog walks so we know our neighbors well, some of whom feel like family! It’s a place with a strong sense of community, where everyone looks out for each other, and where we are so excited to raise a child!

Living in Los Angeles also means we are minutes away from world-class beaches, mountains, Disneyland and Universal Studios… a childhood dream. 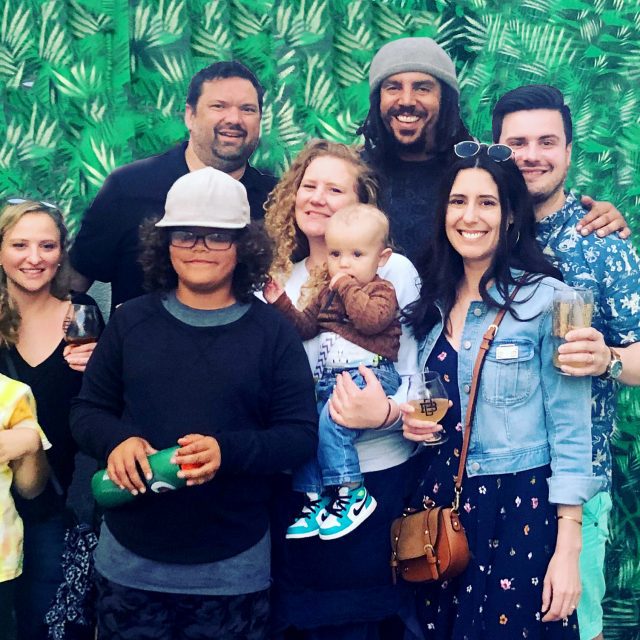 Laila is a young shepherd-husky mix. She is playful, curious, gentle, and is very popular amongst the neighborhood kids – she may even think she’s one of them! She is the sweetest little creature who loves nothing more than being with her pack. She is a key member of our family and comes with us everywhere she’s invited! She will be a best friend to your child!

Meet Our Loved Ones

Veronica’s parents can’t wait to welcome their 1st grandchild! Delia and Frans (Veronica’s mom and stepdad) live in Connecticut but are planning to retire to be closer to us (and more importantly, to their future grandchild). Roy and Carmen (Veronica’s dad and stepmom) live in Virginia and take every opportunity to pack up their camper for road trips out west to see us. In Italy, Veronica has a massive family of 33 aunts, uncles, and cousins whom we visit every couple of years to live “la bella vita.”

David’s parents are Barbara and David (who tragically passed in 2018). Barbara lives in Wales in the same family home where they raised their kids. It’s a house full of blissful memories where we can carry on traditions with our future child. We are very close with David’s sister (Ffion) and her husband (Will), who have 2 beautiful daughters (one who is our goddaughter). They even braved a 12-hour flight with our goddaughter to see us in Los Angeles! David is best friends with his brother Gareth, who he shared a room with until college. Gareth’s wife is Sophie (the family cake baker), and they have 3 adorable children.

Everyone is eager to dote on a new member of the family. 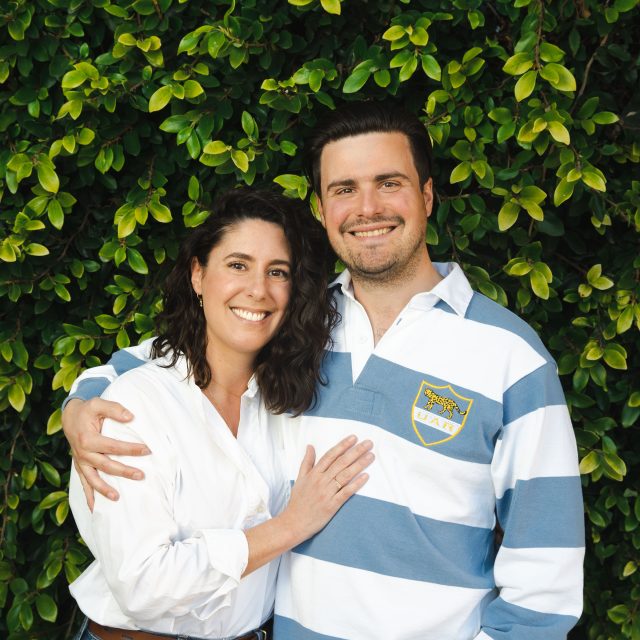 From the bottom of our hearts, thank you for taking the time to consider us as you make this difficult choice. Becoming parents is the thing that means the most to us. We promise to bring your child up in a loving, supportive, and fun environment, where interests and talents will be nurtured. They will be raised with a great respect for who you are and with an understanding of the love that you have for them. If you feel a connection to us, we hope to have the opportunity to hear more about you and your hopes for your child’s future.