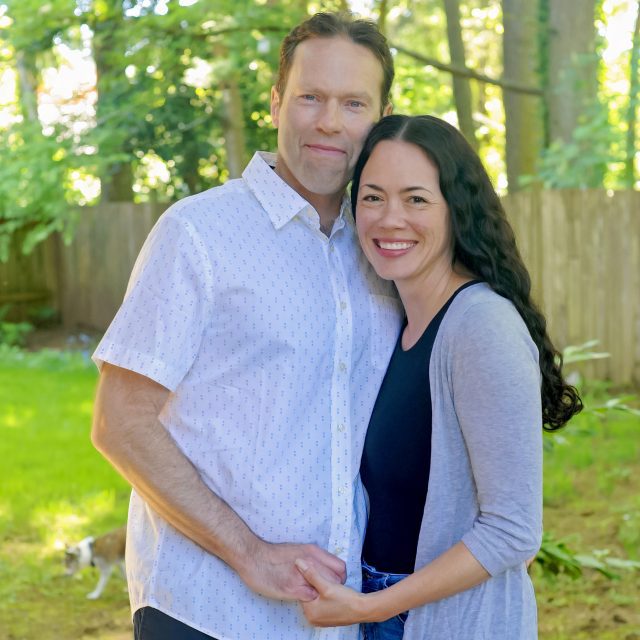 Hello! We are Whitney & Paul from Edmonds, Washington. We feel fortunate to live in such a beautiful environment surrounded by mountains, water, and natural beauty. Thank you so much for taking the time to get to know us. We have so much love in our home. We are so excited to share our lives with our future child, especially our many adventures, including hiking, traveling, cycling, skiing, and exploring the Pacific Northwest. We feel honored to have the opportunity to build our family through adoption. We met in 2007 when we were both practicing law in the same courtroom. We have been inseparable ever since. We were lawyers together at the same firm for 12 years, advocating for justice on behalf of our clients struggling with poverty, substance use disorder, and mental health issues.

We have focused our lives on public service. In 2018, Paul transitioned from being a lawyer to a judge when he was appointed to the Snohomish County Superior Court bench. In 2020, Whitney was appointed to be the judge in Edmonds Municipal Court. Whitney teaches an introduction to law class at a local high school and serves on a non-profit organization board focused on funding education for underprivileged students.

We love to travel, hike with our dogs, try new restaurants, and spend time with our family and friends. We love playing games with our nephews and watching their basketball and soccer games. Whitney’s extended family live in our neighborhood and we have lots of family gatherings.

About Whitney, by Paul

Whitney has an immediately infectious personality. She is amazingly brilliant, motivated, and engaging. She knew from a young age that she wanted to be a lawyer and help people. She genuinely cares for people – whether it is her own family and friends or the people who appear before her in court.

As a child, Whitney excelled in academics and athletics. She played on a select soccer team and traveled around the country. Whitney went to the University of Washington and Boston College Law School. While she planned to stay in Boston, a number of family circumstances brought her back to the Seattle area.

We live just over a mile from the home where Whitney was raised. She is incredibly close and fiercely loyal to her family. She is the first person in her extended family to get her college degree.

She worked advocating on behalf of vulnerable clients for fourteen years as both a trial attorney and an appellate attorney. She received statewide awards for her work. She now serves her community as the local municipal court judge.

Whitney is the best dog mom. She makes sure that our three rescue dogs are living their best lives. I am excited to embark on this journey with her. 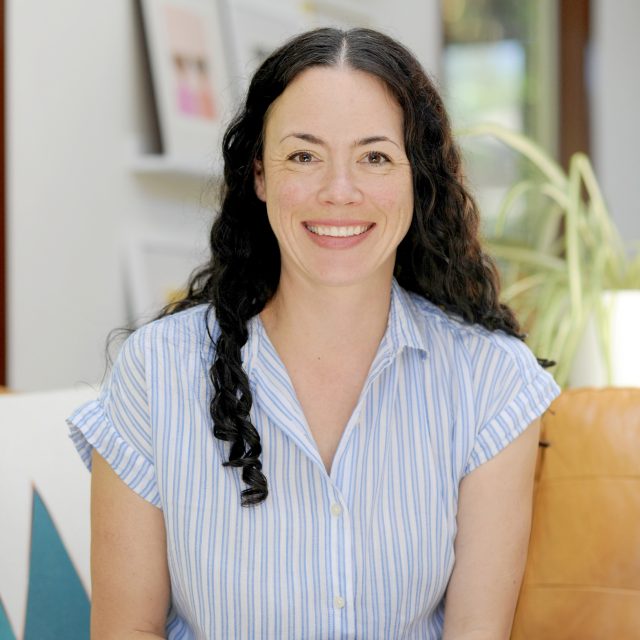 About Paul, by Whitney

Paul works hard, thinks deeply, and loves with all his heart. Even though he is a judge and a scholar, he enjoys working with his hands. He can fix anything and spends his spare time building bicycles. He is also the best oyster shucker, the most patient friend, and a well-respected legal mind.

Paul grew up in Bellevue, about 15 miles from where we live. Paul loves bicycles. He started competitively racing BMX bikes when he was 14 years old. He went on to compete nationally in road racing, mountain bike racing, and velodrome. Later, he moved to Australia and continued competing internationally.

Paul worked in bike shops while he attended community college. He later went to Eastern Washington University and Gonzaga Law School. He continues racing bikes to this day. He regularly competes in local events, won a mountain bike race in Bend, and qualified for nationals in a duathlon event. More often, you can find him riding around the Puget Sound area with a group of buddies.

Paul’s friends and colleagues refer to him as the “Philosopher” because of the deep caring and thought that he puts into the issues that come before him as a judge. He is the most kind, sincere, patient person that I have ever known. I feel fortunate every day to live my life with such a remarkable person. 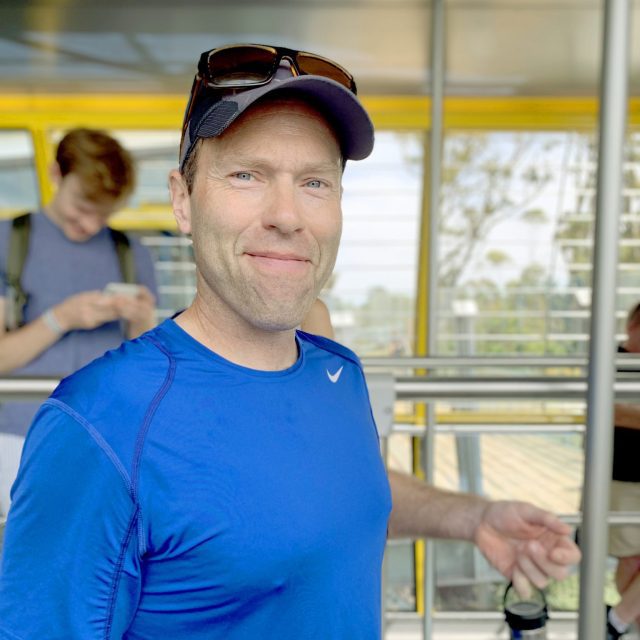 We live in the suburb of Edmonds, Washington, which is about a 15-minute drive north of Seattle. Edmonds is nestled between the Puget Sound and the Cascade Mountains. Edmonds has five miles of Shoreline, 47 parks, an urban wetland, and an underwater marine sanctuary.

We are fortunate to be surrounded by trees and natural beauty. We live on a cul-de-sac and our backyard is filled with trees. We are constantly awe-struck by the wildlife in our own backyard. We have lovely neighbors, many who have children, and feel very connected to our community.

We love taking the ferry across Puget Sound and exploring other nearby towns. Within a 5-minute drive, we can access a creative arts district, the beach, kayaking, and hiking trails. 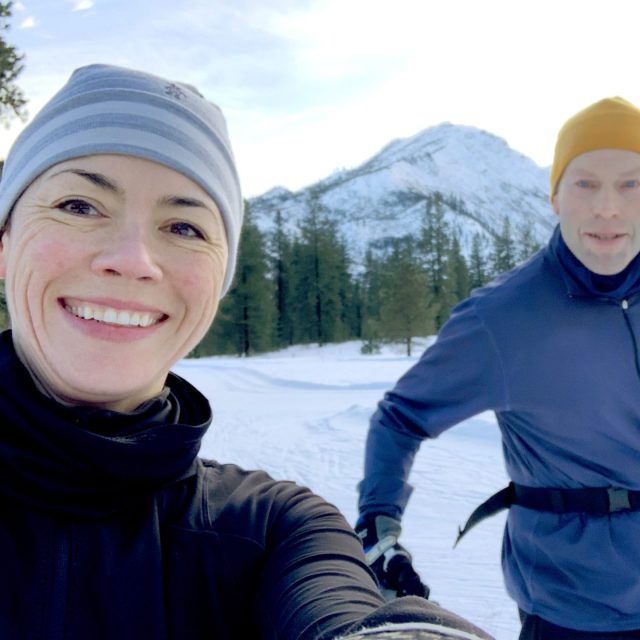 They have always been around children because we spend so much time with our nephews. They love kids – mostly because they are sweet dogs, but also because they know that children tend to drop food sometimes. We always take them with us to family parties and they are a big hit with the kids.

We rescued all our dogs. They are members of our family, and we make sure they are living life to its fullest. They are sweet, mostly obedient, and love walking and eating.

Meet Our Family and Friends

We feel so fortunate to have a lot of family that live close to us and that we see regularly. We frequently walk our dogs over to see Carol (Whitney’s mom), who lives just over a mile away. D.J. (Whitney’s brother) lives within walking distance as well with our nephews, Cody and Eli. We have many family dinners, BBQs, and parties. Whitney’s extended family (aunts, uncles, and cousins) have a lively celebration for every holiday. For Fourth of July, we have a giant BBQ at Auntie Mare’s and Uncle Bob’s house. Christmas is a multi-day event involving all of our extended family and so much food. Our family has been so supportive to us throughout the years – they were there for every milestone and a celebration always followed. We feel so incredibly lucky to be surrounded by these people and their love.

Our friends – who we consider our chosen family – are also phenomenally amazing. Whitney’s best friends from college both live nearby. Her best friend, Jennifer, lives down the street. Paul’s college friends are also a great source of joy and support in our lives. We feel so lucky to live in a community where we continue making friendships with people dedicated to making the world a better place. One Last Thank You

We genuinely thank you for taking the time to learn about us. We are truly excited to be parents and cannot wait for this next adventure. We are committed to creating an environment for a child that fosters creativity, kindness, empathy, and love. Most of all, we want to share the joy we feel in this life with a child.