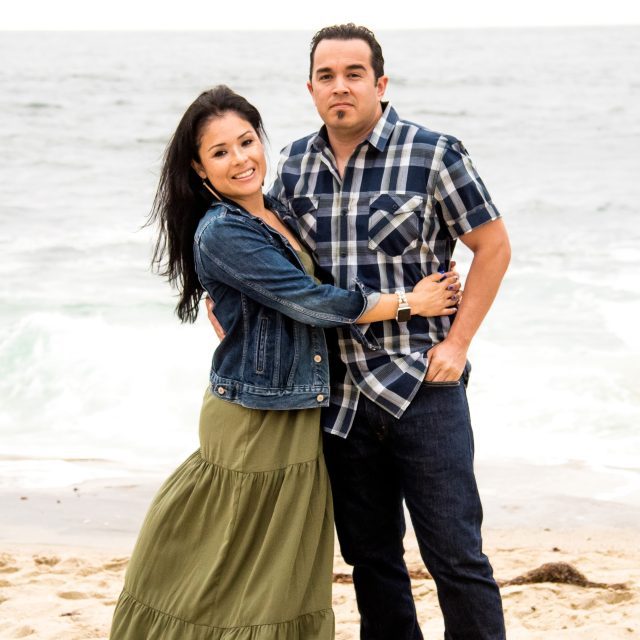 We are Yanira & Mario from San Diego, California. We respect and sincerely admire your love and selflessness in choosing adoption for your baby. Although, we cannot imagine what you are going through, we hope that you feel supported and loved no matter where you are in your journey.

We are humbled and honored that you are reading about us. We hope this page shows how much love surrounds us through our family and friends, who are equally excited for us and the possibility of adopting a child.

If you choose us, we promise to love our adopted child unconditionally, and provide the support and guidance they need to grow strong and succeed in whatever makes them happy. 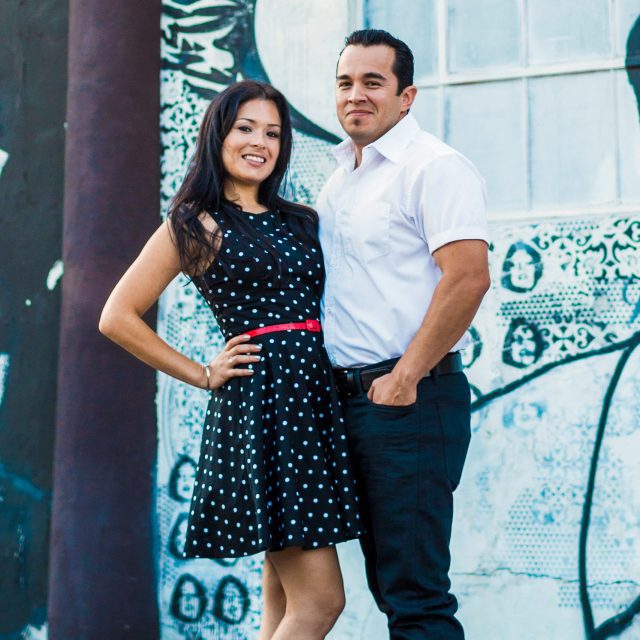 We met at a mutual friend’s birthday party, and quickly became friends ourselves. Besides attending the same social events, we shared similar interests, sense of humor, and loved each other’s company.

After several years of friendship, and the distance between our homes, we began a long-distance relationship. While we dated, Yanira lived in San Diego, and Mario lived in Imperial Valley and later Los Angeles.

After years of dating, we got engaged in late 2013, and bought our first house in San Diego in 2014.

Our wedding in 2016 was the best day of our lives. We celebrated in downtown San Diego, surrounded by lifelong friends, grandparents, extended family, and Darth Vader. (We are Star Wars fans, and Mario hired a professional party character as a surprise guest.)

Our time as a couple has been amazing. We enjoy going to concerts, sporting events, traveling, and hosting parties at our house.

Our Path to Adoption

Several years after being married, we found out that we’d be unable to conceive a child of our own. That realization opened our perspective to the opportunity of adoption, and to the joy that opportunity presents.

About Mario, by Mario

I was born in El Centro, a small town in the Southeast corner of California. I have two younger brothers and grew up very close to extended family who lived nearby. After graduating high school, I moved to San Diego for university. While at UCSD I fell in love with San Diego and made lifelong friends I still see regularly.

I grew up in a construction family, spending a lot of time as a kid helping my dad and grandfather on construction sites. After finishing school, I got a job as a construction engineer, and I am still in construction, working as a civil construction manager having helped build highways, bridges, and airports throughout Southern California. I’ve been lucky to meet and build strong relationships with really good people throughout my life. I think sharing life’s experiences with people you love is extremely important. I’m happy that I’ve had both the experiences and people in my life to do that. 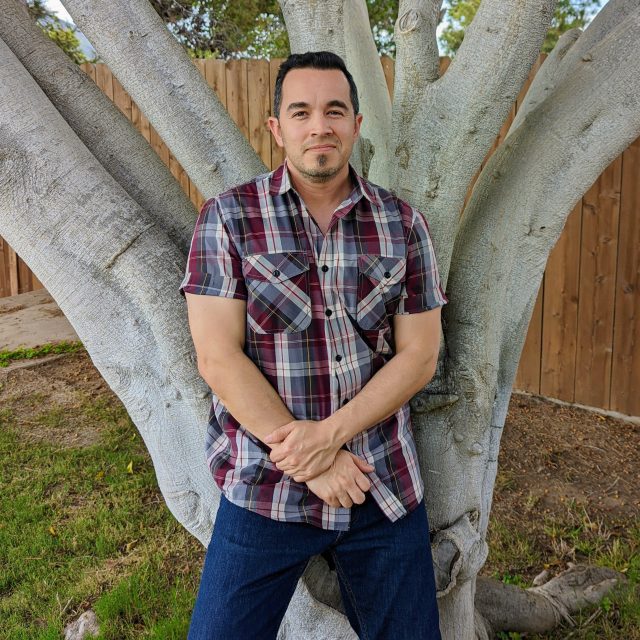 About Mario, by Yanira

Everyone loves Mario! I fell in love with Mario over countless conversations and lots of laughter. At first, Mario is quiet, but once the conversation gets started, he is worldly, attentive, and witty.

He is smart and enjoys learning, and can regularly be found studying something new, every chance he gets. He is a hard worker and loves DIY projects. On the weekends, he works on the cars, or upgrades to our home. I can already see him building our child’s tree house/princess tree palace in the future.

He enjoys music, and concerts, and I love that he brings me along and that I get to see the world through his eyes.

He is supportive, fun, humorous, and overall, a kid at heart. He is a great mentor, and will undoubtedly devote time to our child, and share his experiences, and guidance through every milestone of their life.

About Yanira, by Yanira

I was born and raised in sunny California. I lived with my mother and brother. Grew up in a small tight-knit family, and we remain close and connect almost daily. I work as a Human Resources Manager at an Engineering Firm. I am fortunate to be able to work remotely from home, allowing me to have time for hobbies like gardening, cooking new dishes,
and exercise.

Outside of work, I love catching up with my girlfriends, Facetiming with my niece, cooking/baking, gardening, and getting outdoors any opportunity I get. If “food” was a love language, I would rank that #1. I began experimenting in the kitchen at an early age and hosted my first Thanksgiving dinner at the age of 15. 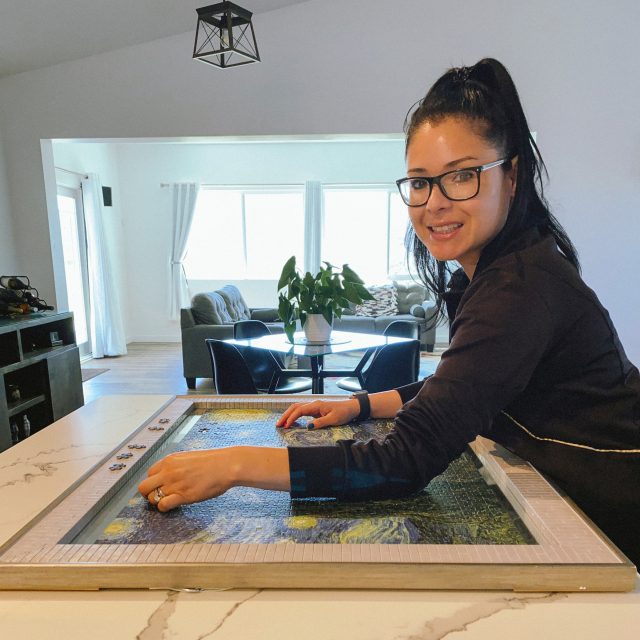 About Yanira, by Mario

Yanira is the most caring person I have ever met. You don’t have to know Yanira very long to see that she is a genuinely good person. And that is something very special. She is dedicated to her family, her friends, and her work. People immediately like Yanira and find it easy to talk to her. She’s extremely good at connecting people, including strangers. With so much love to give, and so much experience with children, there is no better person to be an adoptive parent than Yanira.

Welcome to Our Home

San Diego is a great place to live! The weather is amazing, there is so much to do, and easygoing vibe is unmistakable. In 2019 we were lucky enough to buy our “forever” home in a cul-de-sac on a hill. Our house is bright, minimalist, with warm and inviting decorations throughout. We love to host summer BBQs, Super Bowl parties, New Year’s Eve, and any other excuse to get together.

We are fortunate to live within minutes away from the beach, hiking trails, stadiums, theme parks that include San Diego Zoo, SeaWorld, and Lego Land. We can’t wait to share and enjoy all of this with your child. 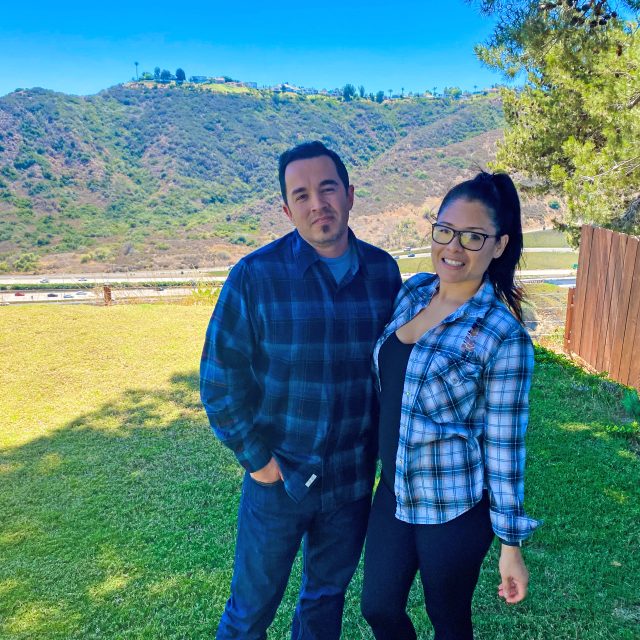 We are extremely blessed to have many family members living nearby in Southern California. We also have family on the East Coast, which gives us the perfect excuse to hop on a plane, and travel for visits.

Yanira’s Mom also lives in San Diego, and her brother and his family live an hour away in Los Angeles.

Our friends are like family, knowing many of them more than 20 years. We find every/any reason to get together and celebrate life and all the special events (weddings, birthdays, holidays, and baptisms). 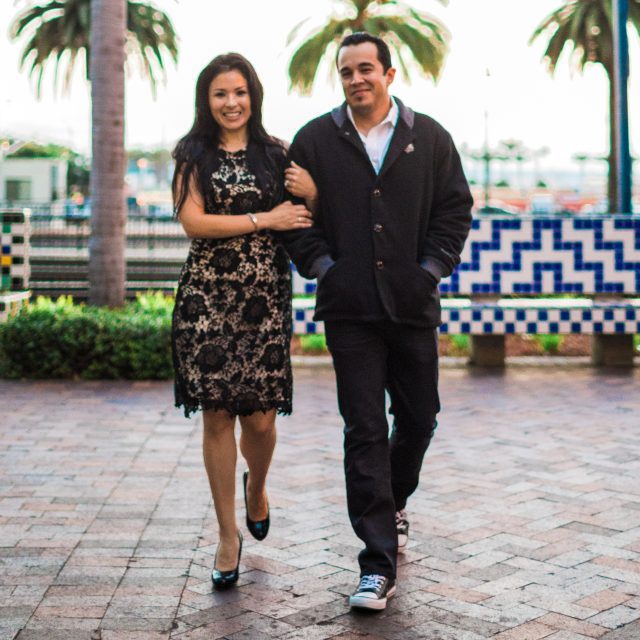 Thank you for taking the time to get to know us! Should you choose to entrust your child to us. We promise to make it our job to provide, protect, love, and guide him/her through life.

We sincerely believe that adoption is a loving choice, and we admire your courage and desire for the happiness of your child. We wish you peace of mind as you go through this process, and all the best on your life journey.